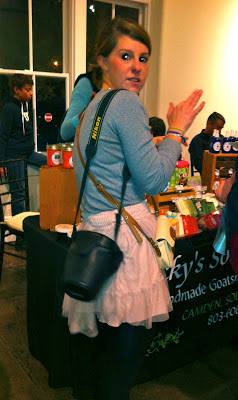 I startled this darling young woman by taking a photograph of her. But when I complimented her on the choice of pink tulle skirt, she seemed rather delighted. 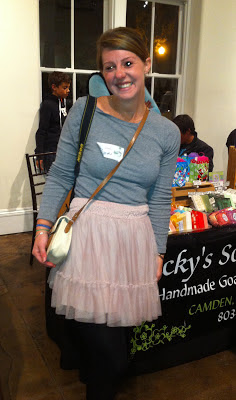 She even posed for a second picture.  Sustainable Midlands was quite lucky to have such a winsome volunteer!

Of course, 'tis the season for tulle, what with The Nutcracker being performed on stages about town.  One simply cannot have a Sugarplum Fairy without it ("it" being tulle or The Nutcracker, since both are essential, now that I consider it). Tulle netting was named for the French city of Tulle, known for its lace production in the 18th century.  The tulle you see above--and in various tutus--is more likely bobbinet, a British invention.
Email Post
Labels: great lengths holiday attire International influences 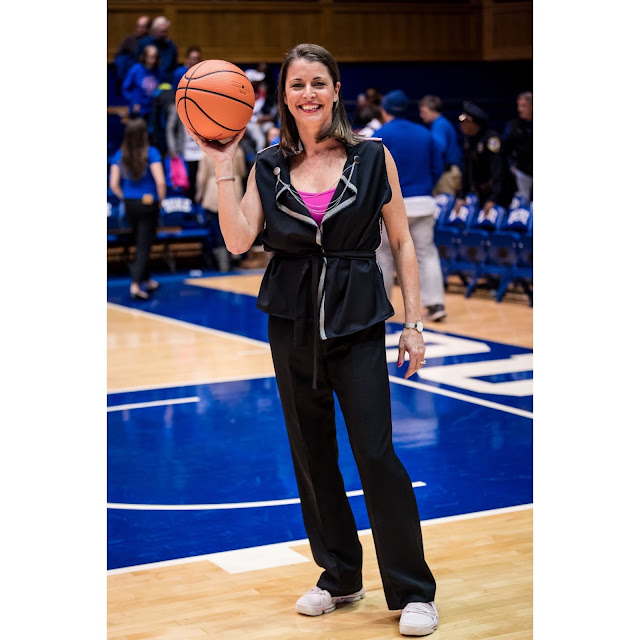 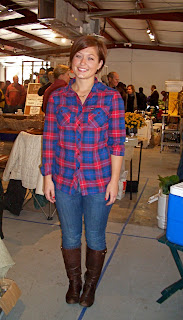